The rout in U.S. stocks deepened another week with all three major domestic equity indices down in six of the past seven weeks. The S&P 500 ended the third quarter at the lowest level since late November 2020, breaking below 3,600. The Dow Industrials closed below 29,000 for the first time since November 2020. Downward catalysts included a further sign of high inflation and a shocking Bank of England intervention to buy bonds to restore order amid a faltering pound currency following government plans to reduce taxes for high earners.

Fed’s Inflation Measure Rises
The personal consumption expenditures (PCE) price index (the Fed’s preferred measure of inflation) increased 0.3% in August following a 0.1% July decline. The PCE price index is up 6.2% from a year ago while core PCE prices that exclude volatile food and energy rose 0.6% for the month and is up 4.9% Y/Y.

Treasury Yields Rise More
Treasury yields climbed again last week but ended well off earlier highs. The 10-year benchmark Treasury yield rose 0.10% to end Friday at 3.796%. The yield on policy-sensitive two-year Treasury notes moved above 4.30% before pulling back, and the 10-year yield touched 4% on Wednesday. The U.S. Dollar Index weakened by around 1% last week after surging 3.12% the prior week. 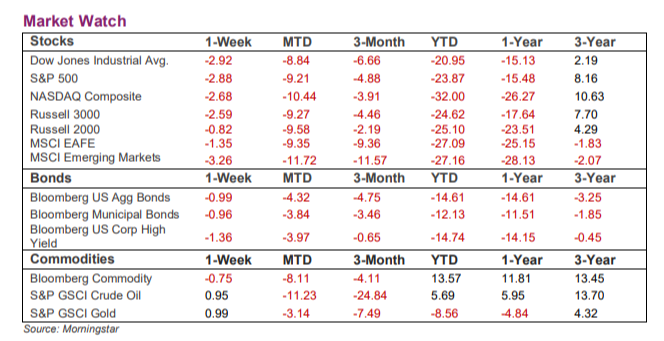 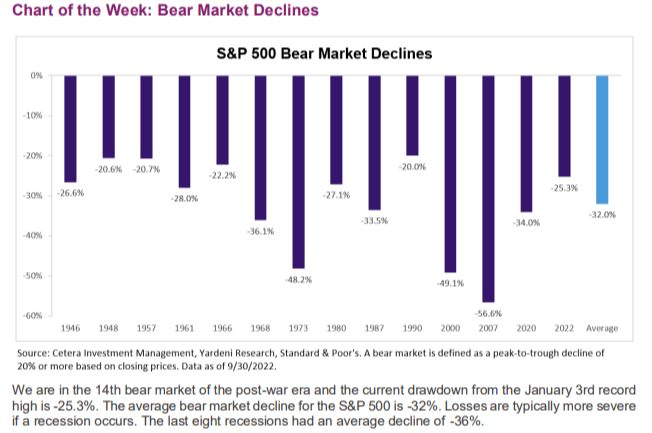 This report is created by Cetera Investment Management LLC. For more insights and information from the team, follow @CeteraIM on Twitter.